Another feature of the al-Farabi library is its unique collection of rare and valuable publications, which today numbers more than 13,000 unique publications (13,206), of particular interest to scientists involved in research. The most attention is drawn to the publications of the Cyrillic script. There is a rich collection of reference books (dictionaries and encyclopedias), including: “Encyclopaedic Dictionary” of FA publishers. Brockhaus and I.A. Efron, “Encyclopedic Dictionary Grant”, dictionaries and encyclopedias in foreign languages, as well as the British Encyclopedia (two editions of 1875-1902 and 1991), the total number of which is 948 copies.

The largest part of the rare fund is made up of books of the civil press. An example of a historical publication can serve as a classic work of world ethnographic and geographical literature (this one or several), – 531 copies. books.

The well-known scientist Bakytzhan Alisherovich Duisenbekov donated 264 copies to the library of the Al-Farabi KazNU rare and valuable books with rich scientific and literary content.

According to the scientist, the archive of books was collected by his grandfather Duisenbek Kabylanbayuly and consists of old book editions and manuscripts in Arabic, Persian and Chagatai. Among them there are literary, historical, religious publications, starting with the Koran, published by the Egyptian publishing house in 1324, and ending with books from the publishing houses of Pakistan, India, Turkey and Kazan.

The rector of KazNU named after al-Farabi Zhanseit Kanseitovich Tuimebaev, on behalf of the university staff, thanked Bakytzhan Alisherovich for the valuable books donated to the al-Farabi Library, noting the special value of the spiritual heritage. “We will not only accept this invaluable gift, but also create a working group of orientalists, linguists, historians, conduct a special examination of books, sort them into thematic areas and conduct serious research. Studying books, we will separately analyze their content, delve into their content, give a real assessment of their spiritual, scientific value,” the head of the university Zh. Tuymebaev shared his further plans for the study of rare books. More details at the link… here

In the fund there is an interesting in content and design religious literature – the Koran in Arabic, published in the XIX century and the Bible.

Readers of the library of al-Farabi can get acquainted with the rare in the room of “Rare and valuable publications.” 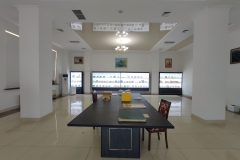 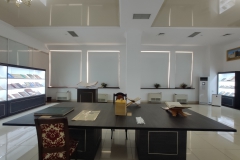 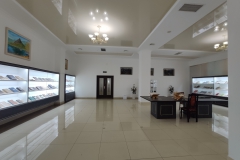 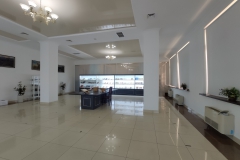